Alanya is the touristic district in the east of Antalya, one of the world's leading and most visited tourism cities. About 140 km from Antalya. Alanya, which is at a distance, is an important tourism center, which we can call the apple of the eye of especially Russian and German tourists, as well as domestic tourists. 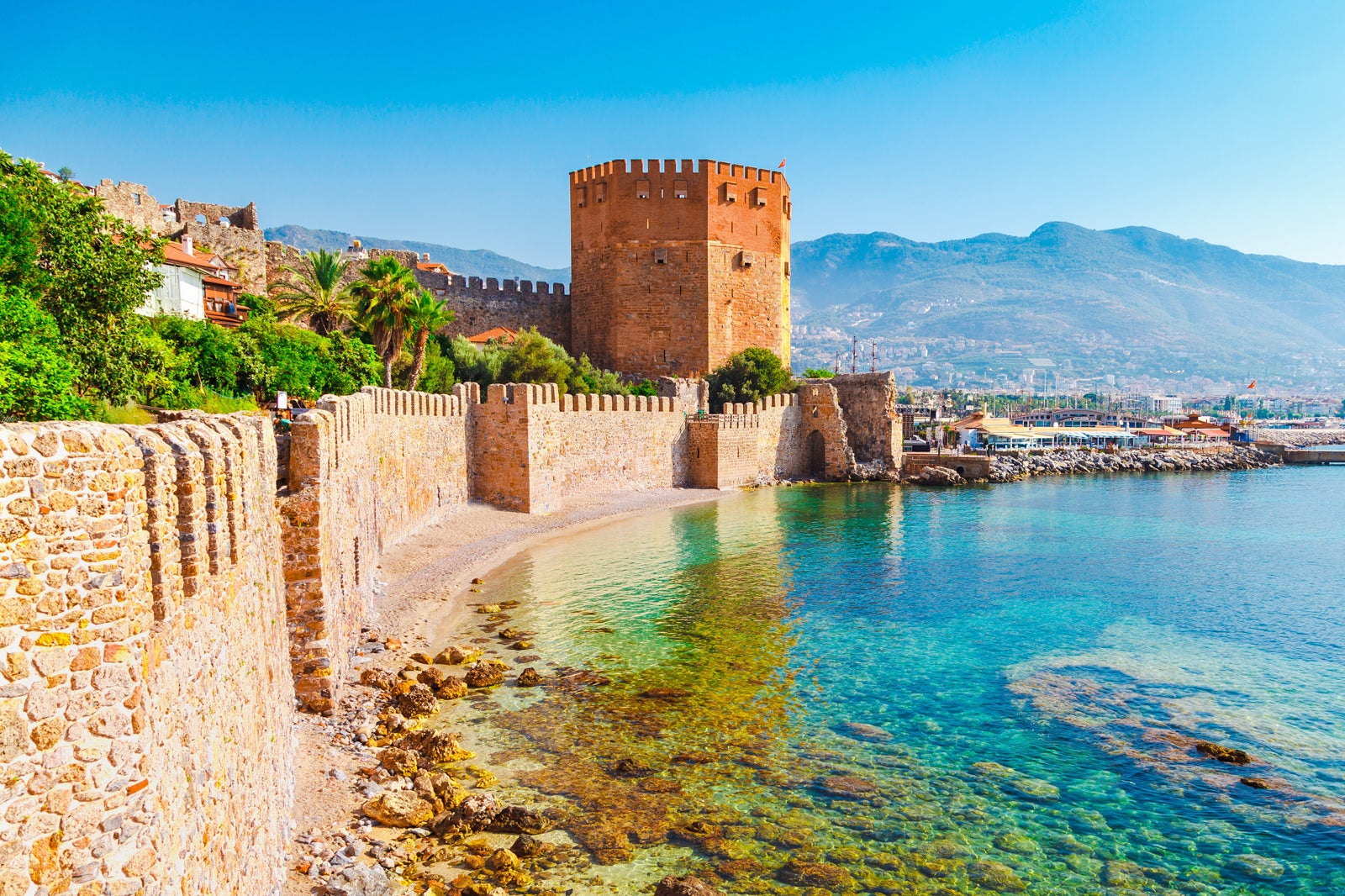 When the mentioned place is a district of Antalya, the first thing that comes to mind is the sea-sand-sun trio, which is quite natural. Although there are no beautiful bays like the Aegean, Alanya is a city where you can enjoy the endless blue of the Mediterranean and its unique beaches. Due to its geographical location, while people from different parts of the country still wear coats, the sea season has already started in Alanya. In March, swimming begins on the shores of the Mediterranean. We can say that there is no other way to cool off in a geography that is already so humid. In Alanya, located on the southern slope of the Taurus Mountains, which cross the Mediterranean from one end to the other, the sea-sand-sun trio takes the first place. But with its history, nature, culture and flora-fauna, it has many things worth visiting and seeing. Gazipaşa-Alanya Airport, which is about 1 and a half hours away from Antalya by land, but one of the two airports of Antalya, is the most important factor that facilitates transportation to Alanya. Although it is located in the Gazipaşa district, it is only 40 km from Alanya. You also have the option of solving transportation when it is far away and much more conveniently. When Alanya is mentioned, the first thing that comes to mind is the Seljuks. Of course, Alanya Castle and Kızılkule, where you can see the whole of Alanya from a bird's eye view, are the biggest factors, but there are also many inns - caravanserais in the vicinity. But Alanya has a much more deep-rooted history. According to the researches, Alanya's history goes back to 20 thousand years ago. It remains within the borders of the Pamphylia Region in ancient times. The oldest known name of Alanya, which has been under the domination of civilizations that we can say for almost all Anatolia, is Coracesium.

Persia, Alexander the Great, Seleukos after entering the domination BC. It was annexed to the Roman Empire by Magnus Pompeus in 65 BC. Together with Byzantium (Eastern Rome), the name of the city becomes Kalonoros. Alanya, when there was no strong domination and piracy activities were active, will begin to live together with the Seljuk Period. The name of the city, which was taken by Alaaddin Keykubat in 1221, was changed to Alaiye. The castle is fortified and the Red Tower, which is the symbol of Alanya, and the shipyard are built. It became the winter capital of the Anatolian Seljuks and at the same time became the center of the Mediterranean navy.

Alaiye, which was under the rule of Karamanoğulları and Mamluks until it was taken by Fatih Sultan Mehmet in 1471, took the name Alanya after the visit of Mustafa Kemal ATATÜRK in 1931.

You should not return without visiting Pamphylia cities, canyons, waterfalls and caves in Alanya, which is at the forefront with its Seljuk period artifacts. Of course, it would be a great deficiency not to taste a banana in its fresh and drug-free form when you have been to Alanya. Especially when you go to Gazipaşa in Alanya, you will see that you are surrounded by banana gardens after a while.